Managing Computers in the Classroom

Managing Computers in the Classroom

How can we keep students on task when they have a window open to the entire world of knowledge and entertainment in front of them?  Devices in the classroom can be amazing but, alas, can also be a major distraction.  Allow me to share some tips on how I managed computers in my classroom. 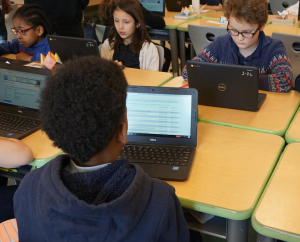 Sometimes you just have to be Reactive:

Additionally, there is lab software designed specifically for the education environment.  I used to use NetOp (there is a free trial) when I taught in a computer lab. Another top-rated one now is NetRef.

I hope these suggestions are helpful to you both within Renzulli Learning and also using electronic devices in the classroom in general. Devices in the classroom certainly do require a lot of rules and understandings/agreements with your students, however they also open the window to the entire world of knowledge and experiences into your classroom!