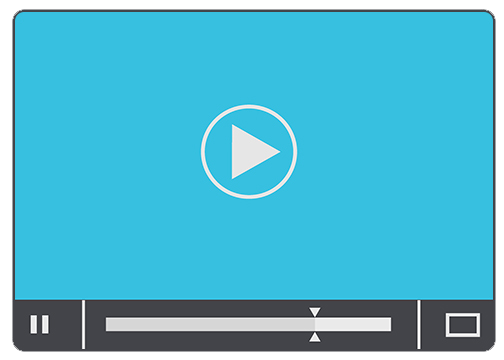 Looking for something to inspire and engage your students this summer? Check out Videos and Podcasts in Renzulli Learning!

We have thousands of videos and podcasts across all subject areas that are sure to grab students’ interest on rainy summer days! Check out our favorites!

Check out a few of our favorite activities below!

Don’t forget, if you want to assign a weekly activity simply search the title of the weekly activity from your Teacher Dashboard and then send the activity to a student as a favorite! To locate these activities within Renzulli Learning you can SEARCH Enrichment Activities and type in the title of the activity you would like to locate. For more ideas to infuse enrichment activities with your curriculum, please visit the Unit Supplements on the Teacher Site, under “Teach.” We can also link these enrichment resources to your regular curriculum if you send us a theme or topic.

VPR But Why: A Podcast For Curious Kids : How Do Hurricanes Form?
Science

GoNoodle has hundreds of free videos and interactive games, used by over teachers and children for movement and mindfulness! A-Moose-Ta-Cha is a funny call and repeat song!

A short comic about "Honesty" with Francine from PBS Kids’ Arthur.

Learn about the parts of our bones with this song about bones!

Art For Kids Hub: How To Draw A Funny Jelly Bean
Fine Arts

Are you curious how to draw a funny jelly bean? Watch this tutorial and then grab your pencils to practice on your own!

Dividing a Whole Number by a Unit Fraction
Mathematics

When you're asked to divide by a fraction, you may have learned to flip the fraction and multiply. But why does this work? This brief video uses groups of blocks to explain the process.

Every year, millions of asteroids and comets or ''stray bullets'' streak through the skies, and tons of small meteorites strike our planet! Some 65 million years ago, dinosaurs were wiped off the face of the earth, in what many believe was the aftermath of a massive cosmic collision. Could something like this happen again? Scientists believe that the impact of an asteroid only a mile wide would be globally catastrophic. Join extraordinary geologist Eugene Shoemaker and his wife Carolyn who have remapped the heavens with their discoveries of more than 30 comets and hundreds of asteroids. Now that we know what's out there, how can we defend ourselves?

Are you curious how to draw a cartoon Bob Ross? Click the link, watch the video, and then practice drawing on your own.

World War II saw the introduction of a host of new weapons, and many existing ones went through several generations of development in just a few years. The Germans, in particular, were exceptionally prolific and effective at creating advanced killing machines. And perhaps none was more impressive than the Tiger tank. Mercifully, like many other advanced Nazi weapons, it was introduced too late in the war to turn the tide to Hitler's favor. Take a look at one of Hitler's failed inventions, though powerful, could not turn the tide of war.

So we've been talking about civil rights for the last few episodes now, and we're finally going to wrap this discussion up with the rather controversial topic of affirmative action. We'll explain what exactly affirmative action is, who it is for, and why it still exists.Episode 32 | 7m 13s

American Masters presents the life and art of the most celebrated illustrator of all time. Best known for his memorable covers of The Saturday Evening Post, Rockwell achieved unprecedented fame for showing warmth and humor in his depictions of American life.

Each week, we will send you teaching suggestions and a few examples of our best and most popular resources. For more ideas to infuse enrichment activities with your curriculum, please visit the Unit Supplements on the Teacher Site, under “Teach.” We can also link these enrichment resources to your regular curriculum if you send us a theme or topic.